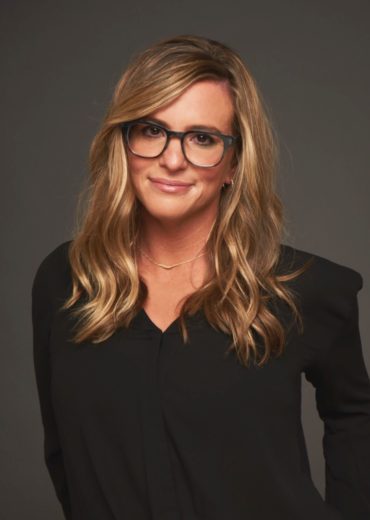 Marissa Orr is a leadership speaker and truth teller. Orr spent 15 years working at today’s top tech giants, Google and Facebook, forming her views on leadership, gender, and teamwork. She has conducted talks for thousands of people in the US, Europe, and Asia-Pacific, at companies and universities such as Google, Twitter, Pace University, New School, American Express, and more. Originally from Miami, Orr received her Master’s degree in Decision and Information Sciences from the University of Florida. Her upcoming book, Lean Out, The Truth About Women, Power, & the Workplace is due to be released by Harper Collins in June of 2019.

Based in part on The Nature of Compelling Women, a popular lecture series Marissa first launched during her successful 13-year stint at Google, Lean Out is not simply a retort to Sheryl Sandberg’s “Lean In” premise, which Marissa believes is based on a male worldview. Rather, her vision is a revolutionary path forward that has the power to change the lives of men and women in the corporate world and beyond. Blending poignant and humorous insights from her time ‘playing the game’ in the corporate trenches with in-depth research, Marissa – a New Jersey-based single mom of three young children – calls for a complete overhaul to the business world’s limited, carefully constructed paradigm of what constitutes a successful leader in today’s day and age.

Instead of listening to the voices of hierarchy telling women why they need to be more like men to succeed, Marissa suggests finding ways to better value the talent that women already bring to the table. The main issue she is trying to convey is that the entire public conversation and conventional understanding of the gender gap is wrong, predicated on the notion women are oppressed by patriarchal culture, and that in order for men and women to be equal, we all have to be the same. “Less women at the top is a clear signal that the system is dysfunctional, and it not only results in a lack of diversity but also crushes creativity and makes organizations slow or unable to adapt,” she says. “People are diverse by nature; the only reason it’s not reflected at the top of corporate America is because the system rewards a small subset of human behavior and personality traits.”

Marissa is the author of the newly released book, Lean Out: The Truth about Women, Power and The Workplace published by HarperCollins Leadership in June 2019.

A self-proclaimed corporate rebel, Marissa has taken her ‘bumps in the road’ and turned them into transformational experiences. With Lean Out, she provides a fresh voice for a new generation of thinkers.

The Truth About Women, Power and The Workplace